PUBLIC DEBATE: Nationalism & Islam, and Muslims in the West

Announcing MDI’s first video completely translated into Turkish: “Islam or Reformation: Which is the way forward?”

Public Motion Debate: Is it wrong not to identify as feminist? (Southampton University, w/ Zara Faris)

Motion Debate: This House Believes in a Secular Society & that Religion Should be Completely Separate from State

Islamophobe storms out during historic Cambridge Debate on Islam

On Thursday 4th November 2010, the prestigious Cambridge University’s Cambridge Union Society (the oldest student society in the world (more info), held a controversial debate titled “This House believes that Islam is a threat to the west” The debate was highly controversial, being widely criticised by student organisations, for […] 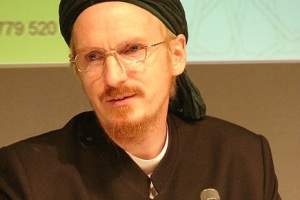 Oslo Litteraturhuset, 20 March 2011 © Abdal-Hakim Murad Must one be liberal to belong to the West? For all the polite multiculturalist denials, this question is being put to us more and more insistently. The European Union, as it struggles to articulate a common cultural as well as economic vision, […]

Is Islam a Threat to the West? The Cambridge Debate

TRAILER: Is Islam a threat to the West? The Big Cambridge Debate

On the 4th November 2010, the Cambridge Union held a debate entitled “This House believes Islam is a Threat to the West” This is a trailer for the exciting and controversial debate video, which shall be posted on the 16th March 2011.

TV Debate: The New Zealand terror attack- what were the causes and aftermath?

‘How to Respond to Difficult Questions on Islam’ [Q/A by Asadullah Ali, Ohio University, USA]