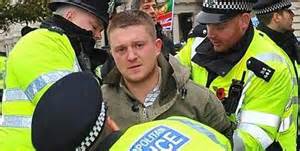 Newsweek Tommy Robinson, the co-founder and former leader of the far-right English Defence League (EDL) has indicated that he will support Ukip in the next general election, saying that the anti-EU party “understands the threat Islam poses 100%”. Explaining where his political loyalties lie, Robinson, 32, whose real […] 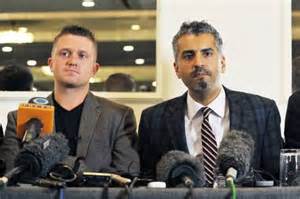 Ever since Tommy Robinson decided to leave the English Defence League, we have argued that his leaving of the EDL wasn’t some major change with Tommy, it was just a makeover change, and that Tommy still held the same bigoted views towards Muslims and the religion of Islam. […]

Tommy Robinson seems to have come up with his own acid test when trying to determine a ‘moderate’ Muslim from an ‘extremist’ Muslim, which presupposes the idea that Tommy is the judge of determining who is a moderate, or an extremist. But nonetheless, Tommy’s litmus test is to […] 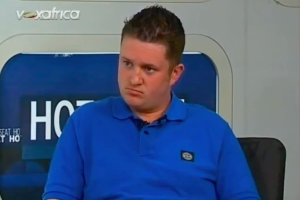 Last year (24th May 2012), MDI’s Abdullah al Andalusi debated Tommy Robinson (leader of the English Defence League) on a TV Channel ‘Vox Africa TV’ on the subject “Is Islam synonymous with Terrorism?” – Considering the situation in the UK at the moment, after the attack on a […]

The Muslim Debate Initiative (MDI) invited Tommy Robinson, head of the English Defence League (EDL) to a public debate on whether Islam or Islamophobia is a threat to Britain, at the Conway Hall on 4th October 2012. The primary aim of this debate, and one of the primary […]