Is this not terrorism? Islamophobia Watch An arsonist set fire to a mosque in central Sweden on Thursday injuring five people, police said, as the country grapples with a political crisis caused by the rise of the extreme right. “Somebody threw an object through a closed window and […]

Now there’s the Christmas Spirit. RT The right-wing city council of Angouleme in southwest France has come under fire for banishing homeless people from its city center, after it installed cages that completely cover benches used by local hobos. The municipal deputy responsible for security, Joel Guitton, told […]

In all of the reports about this serial killer, her race, nor religion are brought up. And rightfully so because they don’t really have much relevance to the story, it doesn’t matter that she is white, or what religion she follows, most likely from a Christian background. But […] 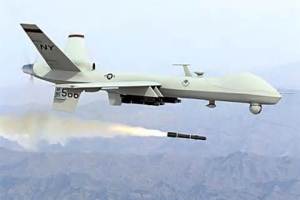 The Sydney Morning Herald Drone strikes and other “targeted killings” of terrorist and insurgent leaders favoured by the US and supported by Australia can strengthen extremist groups and be counterproductive, according to a secret CIA report published by WikiLeaks. According to a leaked document by the CIA’s Directorate […]

American city official says Jesus was the reason for Hanukkah

Raw Story city official shocked onlookers Tuesday in Massachusetts with his pronouncement during a ceremony marking the start of the Jewish holiday of Hanukkah. “Jesus is the reason for the season,” said Springfield City Councilor Bud Williams. Hanukkah celebrates two miracles, neither of which involves the Christian Messiah. The holiday […]