Tomorrow, on Thursday 17th September 2015, at 6pm in Sydney Australia, Abdullah Al Andalusi will be unveiling 7 new arguments that will Insha’Allah ‘turn the tables’ in Muslim discourse and revolutionise the dawah of the Muslims in the 21st century (15th century hijri) going forward. The event will cover 7 […]

MDI’s Abdullah Al Andalusi, who is still on his exciting tour in Australia, will be having his SECOND Australian debate this week. He will be debating the President of the Atheist Foundation of Australia, Michael Boyd, on the very lively topic ‘Sharia Law vs Secular Law: which is fairer?’ Oh? […]

Why Liberalism does not want you to wear the niqab

Why a liberal society can refuse to accept the niqab without contradicting its own values. 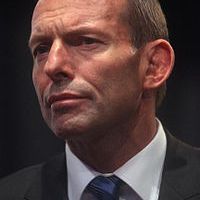 Al Jazeera The Australian government will introduce tough new legislation in parliament next week to tackle terrorism, news media reports say, in the aftermath of the biggest crackdown in the country’s history. Tony Abbott, Australia’s prime minister, will seek sweeping counter-terrorism powers when the proposals go before the house […]