More subscribers to the work of MDI have kindly made a new Malaysian subtitled version of the opening speech of MDI’s Abdullah al Andalusi, in his debate winning presentation on the topic ‘Is Islam a Threat to the West?’, which was held on the 4th November 2010, at the prestigious […] 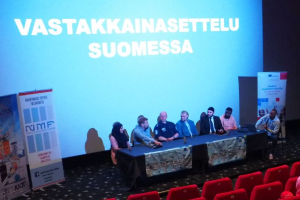 [VIDEO] What is the TRUE Cause of “Islamic Terrorism”?

MDI’s Abdullah al Andalusi showcases a video taken during his tour in Finland, April 2018, where on a panel discussing Muslims in the West, a Finnish policeman argues that Muslims must do more to correct the ‘misinterpretation of Islam that causes terrorism’. It is because Muslims have blindly […]

The Secular Democracy or Islam Debate: Which One Has Better Solutions for Global Peace?

The video is now up of the debate ‘Secular Democracy or Islam Debate: Which One Has Better Solutions for Global Peace?‘ The debate held on November 2016 at the UCD (Dublin, Ireland), featured MDI speaker Abdullah al Andalusi debating renown academic on Democracy, Martin Okolikj, on the topic […] 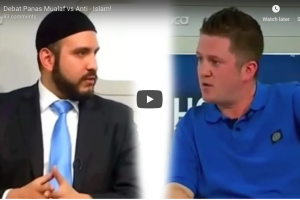 Subscribers to the work of MDI have kindly made an abridged and malaysian subtitled version of MDI’s Abdullah al Andalusi debate with Tommy Robinson on Vox Africa TV, titled ‘Is Islam Synonymous with Terrorism?’. The facebook and youtube versions were republished on numerous Malaysian platforms, and have, combined […]