PUBLIC DEBATE: Should the state be completely separate from religion? Abdullah al Andalusi & Bishop of the House of Lords vs Former UK Prosecutor & Secularist Professor

MDI is pleased to announce the release of a debate held at Warwick University on the topic of Secularism, religion and politics. Despite the debate getting a little heated, it remained completely respectful with very robust back and forth. The debate featured on the Secularist side, a professor […] 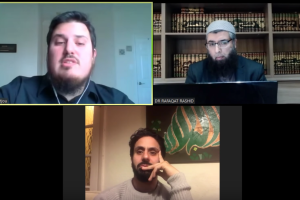 On 3rd February 2018, MDI Contributor, Daniel Haqiqatjou participated in a webinar alongside Speakers: Dr. Rafaqat Rashid and Hamza Andreas Tzortzis, on the topics of Seculurism, Atheism, Modernism and the [Islamic] Belief. The full video has been published by Al-Balagh Academy, and is available to watch below. 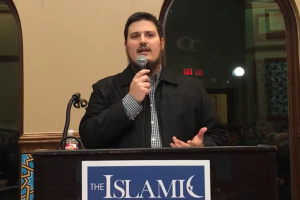 MDI contributor Daniel Haqiqatjou, discusses the dangers posed by liberalism and the topics of the call for Secular Reformation of Islam, and the reasons for apostasy by some Muslims who’ve adopted Liberalism. The lecture was held at the Islamic Institute of Houston, 8th March 2018. Br Daniel discusses […]

Lecture: The Liberal Program Against Islam and Muslim Society [by Daniel Haqiqatjou]

Filmed on 14th October 2017, at the Tufts Chase Center, Tufts University, Massachusetts, USA. MDI contributor Daniel Haqiqatjou, discusses the history of liberalism and the liberal program to colonize the Muslim world and ultimately destroy Islam. Have you ever felt uncomfortable with Islam? Have you ever felt embarrassed […]

In this web series called ‘iJihad’ (i.e. Intellectual Jihad), Br. Asadullah Ali Al-Andalusi analyzes and deconstructs popular arguments against Islam and the Muslim world made by critics and Islamophobes alike. In the first episode he looks at some claims made by Dutch Youtuber ‘Gryffix’, who essentially argues that […]