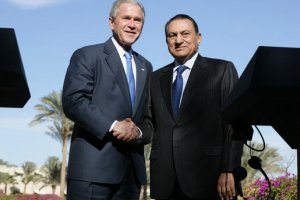 On May 9th, 2015 I gave a lecture on Liberalism in Muslim Thought at IMEC 2015 in Kuala Lumpur Malaysia. The lecture touched up on some of the basic principles of Liberalism and the three major effects it has on Muslim-majority societies at large: (1) The degradation of […]

‘Whataboutery’: The Fail-Safe of Islamophobes

The first time I heard the term ‘whataboutery’ was on a recent BBC Big Question’s debate regarding whether Human Rights has achieved more than religion over the course of human history. Aside from the unsubstantiated self-congratulating apologetics of many of the Human Rights supporters in the panel, what I […]

God’s existence has been debated throughout the centuries – often fiercely, although most of the time a discussion for café enthusiasts who find the question the mark of a higher intellect; desiring the need to prove themselves worthy of the assumption. For most theists, the debate is considered […]

“Boko Haram” and the Culture of Coercive Disapproval

“Boko Haram” is some group somewhere in Africa doing something wrong while claiming to be Islamic. That’s about as much I knew or cared to know when I heard the news of some school girls being kidnapped. Not that I’m unsympathetic, but I didn’t much think it had […]

The Nature of Islamic Law In Part 1 we covered the scientific anomalies apparent in our detractors understanding of childhood throughout human history, and in Part 2 we attempted to examine the underlying moral philosophy they adopt that colors it. In this final portion, we will attempt to conclude […]