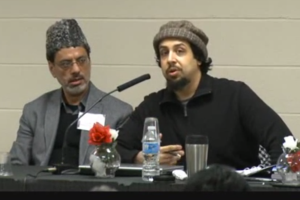 MDI is proud to present the video of the debate which took place Thursday 19th December 2013 in Toronto Canada, between our Canadian branch speaker Sadat Anwar (MDI Canada) and Ansar Raza (Ahmadi-Qadiani scholar) on the topic of whether Ahmadiyya are a part of Islam, or another breakaway […]

MDI Comment Science once again affirms something common knowledge has known for centuries, men and women are mentally different, and “complementary” of each other in their differences.   By Guardian Maps of neural circuitry show women’s brains are suited to social skills and memory, men’s perception and co-ordination […]

Reject Democracy, ‘Freedom of Speech’ and predict the collapse of Western civilisation?..you’re called an extremist….unless you’re Chinese! Enter Eric X. Li, a successful Chinese Entrepreneur in Shanghai, and political scientist, whose educational history includes both universities in China, and Berkeley USA. He spoke at the famous TEDx platform […]

On Thursday 14 November 2013, I was invited to speak at debate held at Oxford University, hosted by the Oxford Union, against the debate motion ‘This House is Proud to be Patriotic’ To be honest, I thought it would be very difficult to win a debate arguing against […] 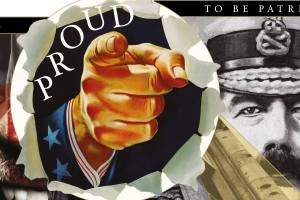 Public Debate on Patriotism: Abdullah al Andalusi to debate at the Oxford Union

Tomorrow (Thursday 14 November 2013) I will be debating at Oxford University on the topic of whether Patriotism (/Nationalism) is Good or Bad. The debate is run by one of the oldest university debating societies in the UK, the Oxford Union, and will begin around 8:30pm (doors open […]