Predictable and sad. TIME Several French mosques were attacked following the killing of 12 people at the office of the French satirical newspaperCharlie Hebdo on Wednesday,according to reports. Around 8pm local time on Wednesday, shots were firedin the direction of a Muslim prayer hall in Port-la-Nouvellein southern France. Meanwhile Ouest-Francereports that several […]

How Islam was not spread by the sword

Lost Islamic History It’s a common accusation made against Muslims and Islam in general: “The only reason Islam is a world religion is because it spread by the sword.” It’s a favorite remark of Islamophobes who parade as analysts and historians fear-mongering about the threat Islam supposedly poses to the […] 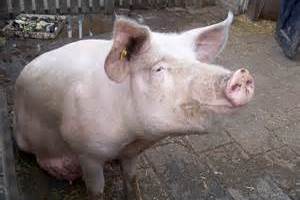 Why you should avoiding pork

Interesting article, written from a non-Muslim source. Spiritfoods It is a well-known fact that several religious texts forbid the eating of pork. According to Leviticus, the third book of Judaism’s Torah and Christianity’s Old Testament, pork is an “unclean” meat since pigs do not “chew the cud.” Meanwhile, […]

MuslimMatters As we see the images of burning embassies and burnt flags unfolding across the Muslim world, it is easy for non-Muslims (and some Muslims too) to jump to the conclusion that there is an inherent lack of tolerance amongst “religious” Muslims. A lot of this is down […]

Finding the Jesus of Islam in early Christianity

MuslimMatters In the early days of Islam, a few companions of the Prophet were fleeing persecution in Mecca and sought refuge in Abyssinia. The Christian ruler of the land, Ashama, demanded the companions to read aloud from their scripture and, when one of them recited from the sura […]