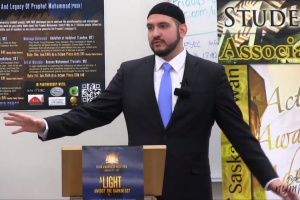 The Purpose Life – A Message Delivered by Abdullah al Andalusi

A recording of one of my ‘Purpose of Life’ lectures that I delivered in Canada recently, has now been uploaded. This video was filmed at the University of Saskatchewan, Canada on 24th January 2013. The title of the lecture is ‘Message Delivered’. My thanks to NYMink and the […]

Peaceful Quranic verses all abrogated? NO!

The video of the BBC 1 programme ‘The Big Questions’, that I attended on the 6th January 2013, is now uploaded on youtube. The topics that I participated in, were on Capitalism and a second on the Christian Holy Spirit. I originally was invited by the show’s researchers […]

The MDI Public Debate: Abraham, Isaac, Ishmael and the covenant – a debate between Zakir Hussain and David Wood

Our debate on the 28th November 2012, on the issue of Abraham, Isaac, Ishmael and the covenant is now available for online. The debate was between Zakir Hussain and David Wood, on Birmingham Library. 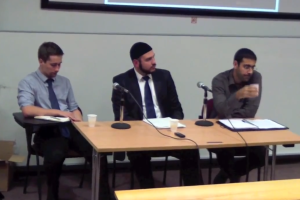 The interesting debate video for the Freedom of Speech Debate in light of the recent Islamophobic “Innocence of Muslims” film, that took place in King’s College London on 25th October 2012 – is now up, enjoy the debate – with good quality sound!