How “Modernist Muslims” Read the Qur’an

Muslims believe that the Qur’an was revealed to mankind as clear guidance, based on an objective meaning – commands intended to be understood and applied by us. There cannot be unlimited interpretations of the Qur’an because, for the Qur’an to have any meaning, this necessitates discernment between things […] 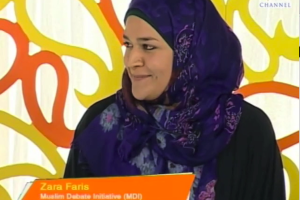 MDI’s Zara Faris appears on TV discussing the topic ‘Does Islam need modernising? This features a discussion of whether reformation or revival is the way forward for Islam. The show looked at what are the external proponents of reformation, and how Muslims should revive their understanding of Islam […] 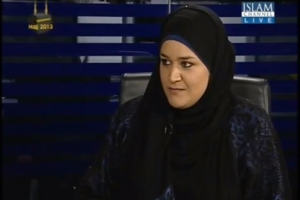 MDI’s Zara Faris debates the topic ‘Do Muslims Need Feminism?’ The lively and fascinating  discussion was televised live on the Islam Channel on 6th September 2013. The program discussed and debated on the topic of feminism, and whether Muslims need feminism, or whether calling for comprehensive Islamic rights […]

Public Debate: Muslims in the West – what is the way forward?

A must see debate featuring MDI’s Abdullah Al Andalusi and three other panelists discussing one of the most controversial issues today: Muslims in the West – what is the way forward?

The Big Debate: Islam and Reformation: What is the way forward?

Islam and Reformation: What is the way forward? 16th March 2012 School of African and Oriental Studies (SOAS) Can Islamic civilisation be revived? What are the solutions for the problems in the Muslim world? Does Islam need reformation? Should Muslims borrow from Western Political systems? What is the […]