45% of Brits want death penalty back

RT Murderers should face the death penalty in the UK, say 45 percent of Brits in a poll taken to coincide with the 50th anniversary of the country’s last legal executions. Support for reintroduction was highest among the over 60s and UKIP voters. The YouGov poll of almost […]

France to arm Kurds in Iraq

BBC France will supply arms to Iraq’s Kurds “in the coming hours”, French President Francois Hollande has announced. France has received approval from authorities in Baghdad for the decision, French media reports say. Kurdish forces have been fighting militants from the Islamic State (IS) group. The conflict has […]

Are the Islamic State’s action against minorities Islamic?

Current events in Iraq have seen thousands of civilians belonging to minority sects being displaced from their homes, and becoming refugees. Amongst the groups that have been forced to flee from their homes have been Christians and Yazidis. There has been talk that the Christian community in northern […] 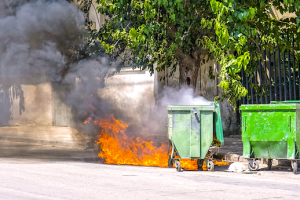 Raw Story Police arrested a self-described “sovereign citizen” accused of shooting at police and firefighters after setting fire to a trash bin in Dallas. Emergency crews responded to the dumpster fire about 3 p.m. Monday, when the man opened fire on officers. Police said the gunman, who was the subject of a […]

Pastor in California arrested after punching wife in parking lot

Raw Story A California pastor was arrested over the weekend after he was accused of assaulting his wife in the church parking lot. According to Lost Coast Outpost, Humboldt County Sheriff’s Office Lt. Steve Knight said officers responded to a report of a confrontation in the Hydesville Community Church […]