On 11th September 2015, at the University of Sydney, Australia I participated in a debate on the existence of God with the highly esteemed Professor Peter Slezak. The title of the debate was ‘Did God create Man, or did Man create god?’.

The debate hit upon many points, including modern science and the empiricism vs rationalism debate. However, I put forward the argument that Science has nothing to do with a debate on the existence of God, and should be firmly kept out of discussions of a criterion to decide the matter.

Pursuant to this, I produced a summarised version of a clear proof of God for my opening speech, and included a brief discussion on why Science and mathematics cannot tell us anything beyond our own finitude.

Below is the transcript of my opening speech during my debate [Debate video will follow I’m told, Insha’Allah].

Hello, and welcome to what is sure to be an interesting debate today on the boldly titled question ‘Did God create Man, or did Man create god?’

I’ like to thank the Muslim Association of Sydney University for setting up this debate and inviting me. I’d also like to thank my esteemed and respected interlocutor Professor Peter Slezak for attending today, and I’d like to thank you the audience for your attendance to hear such a fundamental question being discussed.

It is common to hear in such debates, one side or the other throwing the burden of proof against the other side, demanding one side or the other prove that God exists or doesn’t exist. However, I’m going to break this unhelpful tradition, and posit that both sides do not have a burden of proof, but a burden of explanation. The explanation they both must provide, is why does reality exist? or why does the universe exist? What is necessary about the universe’s existence, and what caused it?

By universe, I do not mean just the observable universe, but the actual meaning of the word ‘universe’, which refers to all things. It is this stark reality that faces both Atheists and Theists, that imposes itself upon all and requires an answer.

If God does not exist, then he must have been at some point, an imagined theory in the minds of mankind, but if he does Exist, then he wasn’t created by man, but created the entire universe, and our conception of him must have arose from our thinking or revelation about him, as the only possible rational postulate that can explain reality and the existence of the universe.

In this presentation I will demonstrate that God’s existence is the only possible explanation for the existence of reality.

In order to demonstrate the necessity of His existence, we must first consider how we can know anything, or hold beliefs about anything.

Human thought and knowledge should be based on Human sensation (and not with assumptions or prejudice).

In addition, Thinking shows us that reality has two simple but unavoidable rules:

Our brains, being products of finite reality, are designed to operate and understand the reality it is part of.

The necessity of non-contradiction, is evidenced in that things cannot be contradictory, where something cannot have one attribute and an exactly contradictory one at the same time, otherwise it wouldn’t exist. If ever we encounter such an observation, the thing must not be what we imagine it to be. If we were to get results of an exam we did, and it says we got 100% of the questions right, we could not, at the same time get 100% of the questions wrong. The earth cannot be both completely flat and round at the same time.

The necessity of the Causality of finite things, is evidenced by the fact that finite, limited and defined things have defined attributes about them. They have shape, size, mass, amount of energy, volume, colour, and boundaries. We must ask a simple question ‘why’ do they have these defined attributes? The question ‘Why’ is the simple way of saying ‘what caused it?’ If you deny Causality, you deny the word ‘why’.

For all limited things, they only have two possibilities to explain their existence. Either finite things defined (or gave) themselves these limited attributes, or something else externally gave it to them. If they gave themselves these limitations, then this requires them to create themselves before they even existed, which is absurd because it is contradictory. The other possibility is that they always existed, but if that is the case, then this would be that nothing chose or defined for them their limitations. If they exist, but required nothing else to define them, they should be unlimited – but the fact that they are not unlimited would disprove this. The only possibility that remains, is that they were formed, defined or created by something else, whether a person or a natural process. 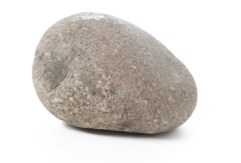 How do I know with 100% certainty this rock was created? Radio carbon-dating tells us only the immediate level of radioactive decay it exhibits, which I have to compare with assumptions based upon what we’ve observed in other objects. We cannot observe directly the history of this rock. So I ask how do we know this rock was created? Well, either the rock made itself while it was it a state of nothingness, which is contradictory. Or the rock never made itself and has always existed. If that is so, why does it have the mass, colour, shape and other measurements it possesses? For if nothing limited it to its size, properties and mass and it depended on nothing to give it its limits, then it would exist without limits, and be unlimited, independent of all things, and infinite. For if something exists and is without limits, then it is unlimited. The fact that it is not infinite or unlimited, but in fact defined and possessed of these limited attributes, leads us to the only conclusion possible, that it was defined by something else and formed by an external force and/or more fundamental components.

The purpose of Science is to explore what finite things exist, by either direct observation of visible objects, or indirectly through the effect they have on visible objects. Science then measures these finites things by comparing them to a human-standardised set of finite units (like meters, yards, kilograms and seconds). Science then explains the cause behind the attributes and characteristics of these finite and limited things by reference to other finite things which are either smaller and more fundamental or things which are bigger and greater. Science is the application of rational thinking on the physical world, and also follows the two underlying principles of non-contradiction and causality. Therefore, we see that theories of science live and die by whether or not they contradict experimental evidence – as per the law of non-contradiction.

Causality is also connected to Science because Science requires that everything we can see, including our own sensations of the world, were caused by finite objects that produce these sensations – whether we use either our eyes to see them, or technological enhancements of our eyes like telescopes or microscopes, or by mixing them with chemicals that causally change colour if they detect something specific.

Science then measures the limited physical world, by comparing it to other limited physical things. Mathematics, is nothing but a way to express the relationships between quantities of finite things. The thing we call the ‘number line’, is not an actual line, but a counting rule, that gives us the tools to count finite things.

And mathematics, no matter how great it is, likewise cannot count what is non-finite, no matter how much some mathematicians like to use the label ‘infinity’. There is about as much ability to represent infinity in maths, as there is by using the word ‘infinity’ in language – and for the same reason. The word Infinity simply means ‘not finite’. Whenever a theoretical equation about a hypothetical reality requires an ‘infinity’, mathematicians rightly consider it impossible in the ‘real’ universe.

However, the fundamental problem that we have to explain, is where does the existence and origin of all finite and physical things start from, and is there even a start? Do all Finite things originate from a never ending chain of causality, have they always been around, or do they have an ultimate starting point from something that is not finite and outside the finite physical universe?

If Finite things have always been around and were uncreated, as I already demonstrated, they wouldn’t be finite. And there cannot be a never-ending chain of causality (by that, I mean a never ending chain of finite and limited things that cause each other), because that would mean nothing would ever come into existence. It would be like me saying that my respected opponent could only speak after I have finished an infinitely long speech, would he ever get to speak? Or If I said that to get to Australia, I would have to take an infinitely long journey. I simply wouldn’t get here. If I showed you a pond, and said it was bottomless, how could it have a water-level, what’s keeping all the water up at that level? This is called the infinite regress fallacy. Consequently, there must be a beginning, start or initial point to all finite things.

Ultimately, everything would have to begin with something that is not subject to causality, an infinite and unlimited thing in order to solve this problem finally. The chain of causality must start with something that doesn’t itself need causing. And something can only not need causing, if it’s essence had no limitations, boundaries or shape or form that need to be defined. In essence, it would have to be an infinite force or thing.

This would bring us to our next question, what caused this infinite thing to create all finite things, what we call, the universe? If this thing is the ultimate or first cause, then there must exist nothing which compelled the first cause to make us, since it cannot possess a more fundamental nature, nor is it subject to the causality of anything greater, external or equal to it. The only explanation that is possible – I repeat – the only explanation that is possible, it that it initiated all finite things by itself under no compulsion. Such an action can only be called a WILL, or a true Free Will.

An examination of reality, and the simple examination of our own limited existence (even if we were born deaf, blind and insensate), yields that at some point outside finite reality, an infinite first cause gave rise to everything out of its own volition (free will), or choice. This would fit the definition of the meaning of the word we use for ‘God’.

This explanation was detected purely with our intellectual faculties, based upon the sensation of our own existence, observing no contradiction and the necessary causality of finite and limited things. This is not just a possible explanation – which atheists must concede (as a minimum), but it is the only possible explanation to the pressing question posed by reality itself.

All theists throughout history have believed in the phenomenon of an infinite unlimited creator. But humans have differed in our theories about His other characteristics. It is argued by Atheists that because people over history have differed over the god they worship, that therefore god must not exist, or they say “I reject Allah for the same reason you reject Thor or Zeus”. But this is as fallacious as saying, because there are multiple theories of gravity, gravity doesn’t exist. Or it is like me saying,” I reject the existence of the Earth for the same reason you reject the flat earth!”.

Man did not create God, Man discovered God, and by that, discovered the ultimate origin of his own creation. 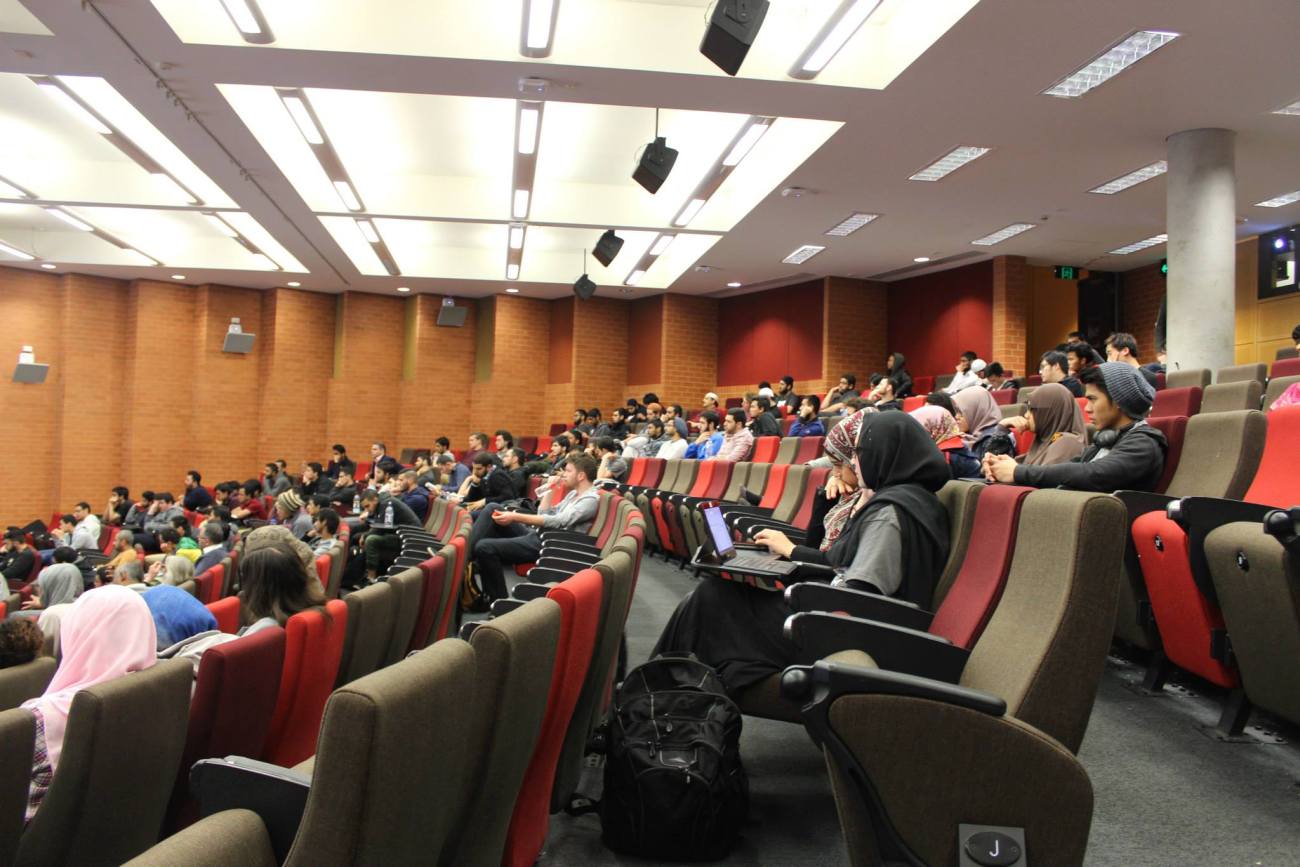