The Battle of the Trench and the Banu Quraiza 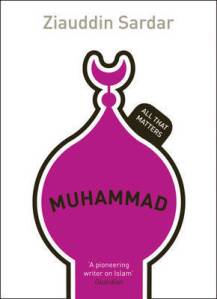 The external enemy had been repulsed. Muhammad now turned his attention to the Banu Quraiza, who had openly conspired with the allied forces to kill him and destroy the Muslim community. Their fort was besieged. The siege lasted for 25 days, with fighting limited to throwing stones and shooting the occasional arrow. Eventually, the Banu Quraiza decided to surrender. They asked to be allowed to leave the city, with their belongings and armor, just as the Banu Nadir had done before. Muhammad refused.

What followed is regarded as one of the most controversial incidents of Muhammad’s life. Muslim scholars argue that Banu Quraiza had signed a treaty not to assist his enemies, yet that is exactly what they did. According to the Constitution of Medina, they were traitors. Muhammad asked the Banu Quraiza to choose an arbitrator from among themselves: their fate would be determined by him. They chose Saad bin Maadh, a respectable man of the Jewish tribe of al Aws. Before undertaking to arbitrate, Saad took an oath from sides that they would abide by his decision. When both sides agreed, he gave his verdict:

‘I give judgement that the men should be killed, the property divided, and women and children taken as captive.‘

The harsh sentence was carried out.

Why did Saad condemn Banu Quraiza to such a horrible fate? Clearly the Banu Quraiza did not expect a man of their own choosing to pass such a judgement. It might have occurred to Saad that, if the Banu Quraiza had succeed in their plot, the Muslims would have met a similar fate at the hands of the Quraysh and their allies. He therefore imposed on them the fate to which they wished to subject the Muslims.  If they had been spared, they might, like other Jewish tribes including the Bani Nader, go and join the enemies of the Muslims, thus strengthening their ranks.

The incident is in sharp contrast to Muhammad’s earlier treatment of Jews in Medina.  However most Western scholars describe the execution of the Banu Quraiza as a barbaric act unworthy of a prophet and religious leader. This line of reasoning rests on a very specific ideal of prophethood that is asserted irrespective of context and circumstance. It ignores the numerous battles and acts of violence recorded for various Old Testament  prophets. Indeed, it owes a great deal to a concept of prophethood honoured more in the breach throughout history but which has gathering appeal to modern sensibilities, if not modern practice. Certainly, it was a product of escalating tensions between Muhammad and the Jews of Medina, leading to a military confrontation. Yet, it cannot be seen, as some would have it, as evidence of an anti-Jewish policy, either at the time or in setting a pattern for the course of Muslim history. Rather grimly, it has also been suggested that the incident reflects ‘the politics of mercy’.

The fate of the Banu Quraiza did not end the Jewish presence in Medina. Some Jewish clans remained in the city.

Barnaby Rogerson in his fascinating book about the Prophet Muhammad, upon whom be peace, comments perceptively:

For by the inescapable logic of human nature, mercy is only really appreciated if it has first been combined with fear. If the Prophet had not revealed at least one incident of implacable judgement the clemency that he would later show (at Mecca, for instance) could have been mistaken as a weakness.